He Saved Others. The Story of a Murderer 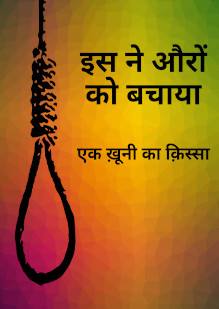 Two orphaned brothers grow up in the Caucasus mountains. One is god-fearing, the other messes up his life. One night the younger brother comes home in blood-stained clothes and tells his brother that he has killed somebody.

The older brother puts on his blood-stained clothes and is arrested, judged and hanged. Before his execution he writes a letter to his brother saying that he is confident that his brother will live according to his clean clothes. When his brother receives the letter, he confesses his crime. But he is let off. He now leads an exemplary life.

We are all like the younger brother. We are worthy of hell, because we sin daily in every way. However, God does not want us to go to perdition.

Somebody has to suffer for a sin; either the person who sinned or the person who forgave. If he forgives the sin, he is ready to accept the consequences himself. This is what al-Masih did. Whoever believes in him can be saved.